The page of photos below appeared in the life magazine December 1948 issue. It makes much of Angora’s reputation for “shedding.” Of course, we Angora rabbit fanciers understand that when Angora garments shed, it is because the fiber was improperly harvested!

I found this additional information about Lucille Griffith, who was apparently quite an Angora evangelist, in the Massachusetts, Pittsfield Berkshire Evening Eagle May 7, 1945 newspaper:

“Miss Lucille Griffith, who raises angora rabbits at her home on Maple Street, gave a talk on her industry before the pupils of Center School, Dalton, last week. Miss Griffith showed a rabbit and her spinning wheel to the pupils.” 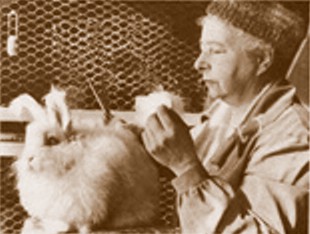 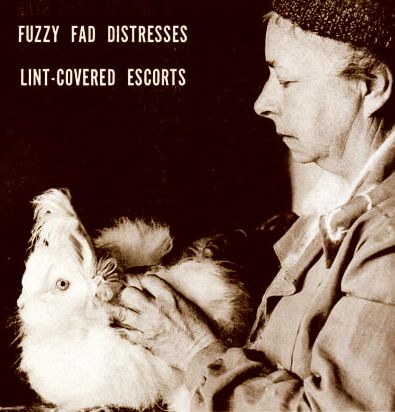 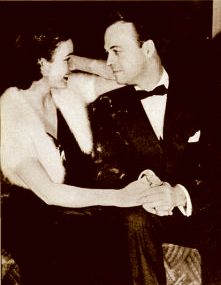 After a dance or other close contact with an angora garment, escorts are smeared with fuzz. Plucking it off is difficult. 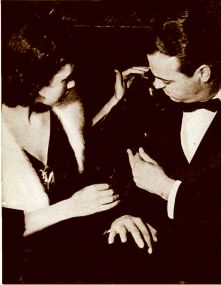 In thousands of bunny hutches in Belgium, France and the U.S., pink-eyed Angora rabbits are eating carrots and dandelion leaves, red clover and pelleted food to make their hair grow long and silky. This hair, when sheared and spun into fuzzy yarn, becomes the angora sweaters, mittens, scarves and evening boleros which Bright Young Things everywhere are wearing.  A year ago Hollywood ladies began wearing baby- like angora sweaters above their slacks. College girls, ever partial to daytime sweaters, would wear nothing but angora. Last spring short evening sweaters of un-fuzzy yarns were the rage. Now the woolly angora bolero is being worn to dances. Since angora sheds, escorts whose evening clothes arc soon covered with white lint arc distressed by this latest fashion. Although most angora is imported, some of it is
produced in the U. S. Notable among raisers of Angora rabbits is Miss Lucille Griffith, an ex-schoolteacher whose pedigreed does and bucks win top honors at many rabbit shows. At Becket, Mass.. she not only raises Angora rabbits but spins the yarn and knits the sweaters, mittens and socks that sell at fancy prices. 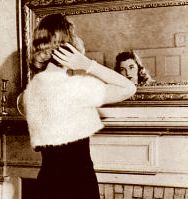 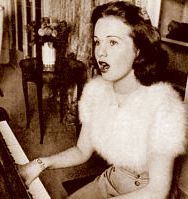