Doe in fundraiser, and a BIS win 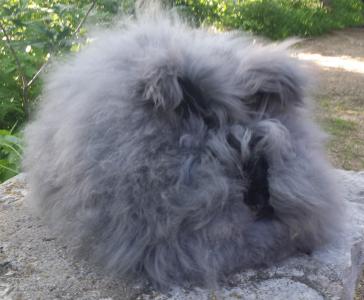 I have donated this young English Angora doe to a teenager’s medical fundraiser.

If you are looking for a doe to improve your wool density, perhaps this black, soon to be 6 months old, doe would be helpful. She also has cobby body type and good shoulders and hocks. (Winning bid was $850.)

There are other items being auctioned in the fundraiser also. 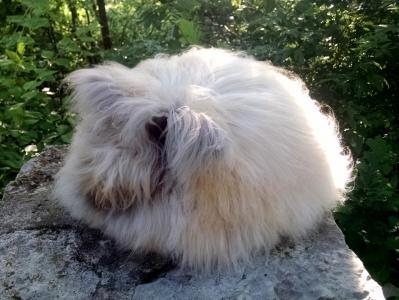 Judge Mark Jacobs selected our tortoiseshell senior colored doe, Muri, for Best in Show of show A in Montgomery City, Missouri, on May 16, 2015. Muri is one of five littermates who are Best of Breed winners. Her sister Holly, owned by Karen Mezyk, is a 4 class winner.

About 8 months old on the day of the show, Muri reached a peak, and was fortunate to draw judges who appreciate English Angoras. We plan to show her at the two Mid America Angora Club specialties and the two all-breed shows coming up in Wichita, Kansas, in June, and then will retire her afterwards.ZENYATTA

I also want to show off Zenyatta, who has been at a disadvantage at the shows this spring, because she is in the same classes with Muri. Nonetheless, she does have a Best of Breed win.
WICKET 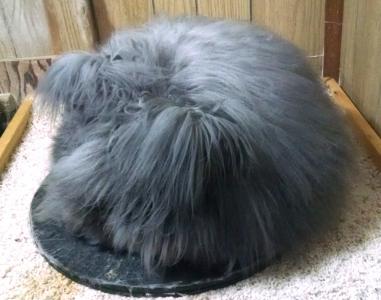 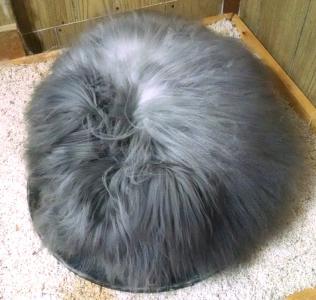 My standout buck at shows this spring has been Grand Champion and Best of Breed winner Moirai Wicket. When Wicket was only two weeks old, I knew he will be my next herd sire, because of his exceptional wool density, silky texture, and wool crimp.