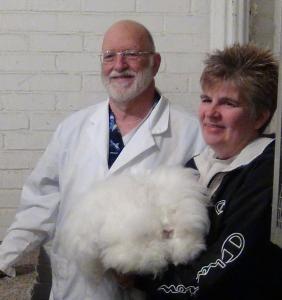 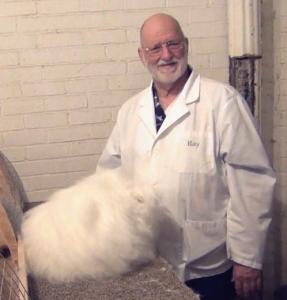 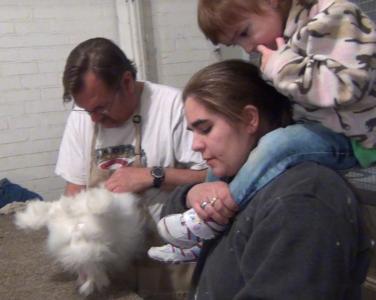 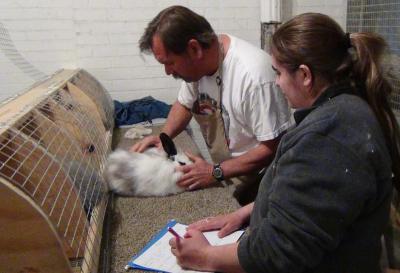 Vic Vogt evaluates a French Angora at the Midwest Trailblazers show on April 6, 2013, in Sedalia Missouri. 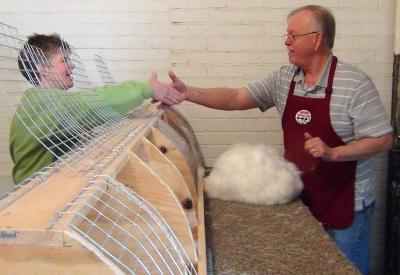 Don Jackson, who judged show B of Midwest Trailblazers on April 7, 2013, congratulates the breeder/owner of his choice for English Angora Best of Breed, Deb Butorac, 7 Pines Rabbitry. Deb's REW doe went on to receive Best Four Class of the show! Don told us that as soon as he was through with the judging, he would be hurrying home to act in a production of "Cat on a Hot Tin Roof," cast as Big Daddy!